Every year all German-Indian hobby clubs meet in the Thüringer forest in Germany.
So-called Hobbyists appropriate parts of the Indian culture; customs, clothes, music, or food. The way they see their hobby stems from an agreement between nations to romantic ideas of life and leisure. What most of them have in common, however, is a romantic interpretation of the historical Native American.
In this video, I, as the protagonist, approach the „Indian Week,“ as an outsider, with curiosity, non-obtrusive, but ironical gesture wearing a cowboy costume. During their gathering time, I sneak to the tipi camp of thousand of hobby Indians.
With a fixed video camera position you can see me sneaking and „shooting“ photographs. As each shot is taken you hear the trigger of the handheld camera and the video cuts to a still of the image which has just been shot, allowing the viewer to view what is being observed. You are watching the watcher watching, and seeing at the same time what he is watching. Using a tele objective lens the protagonist never crosses the line of trespasser or invader. 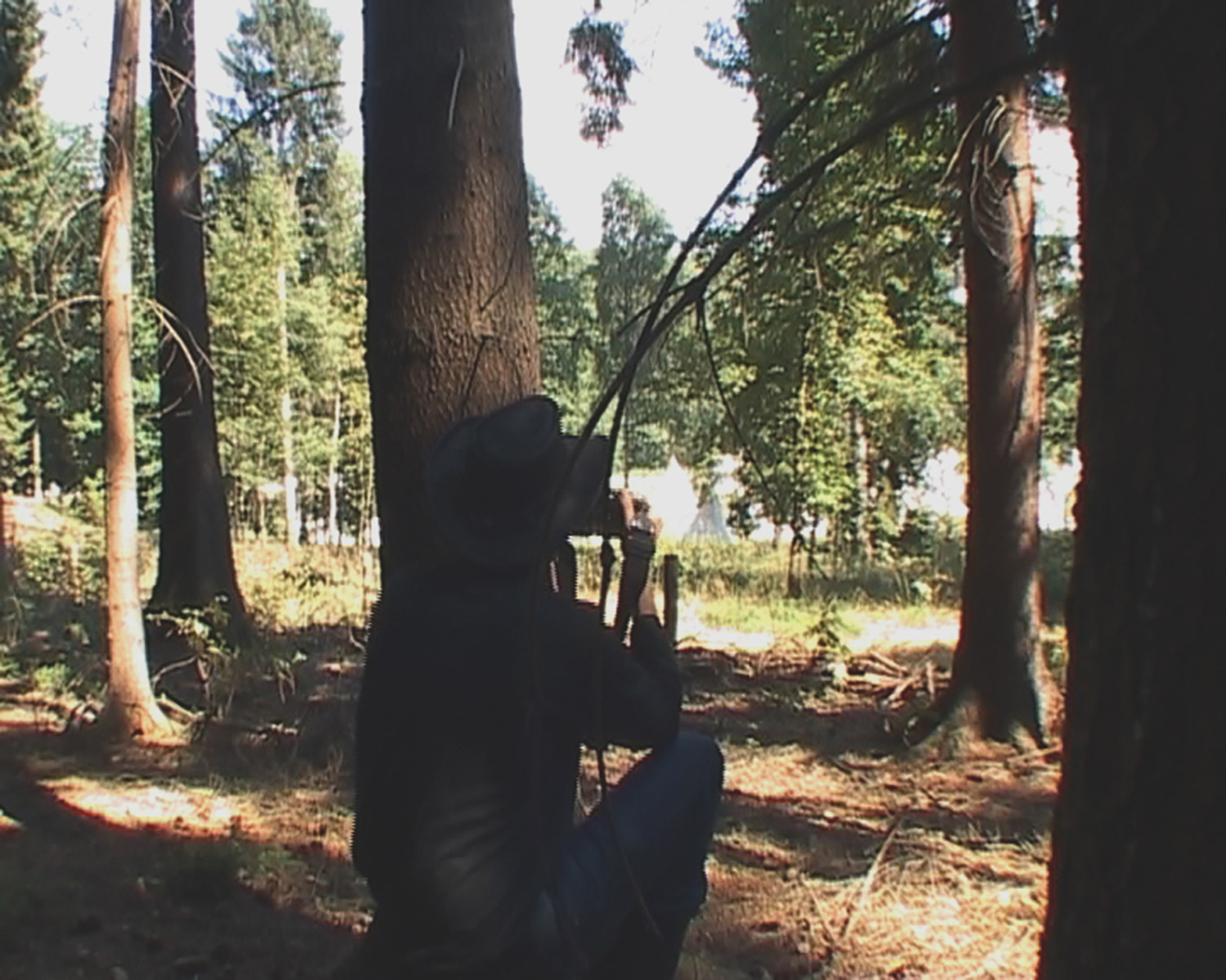 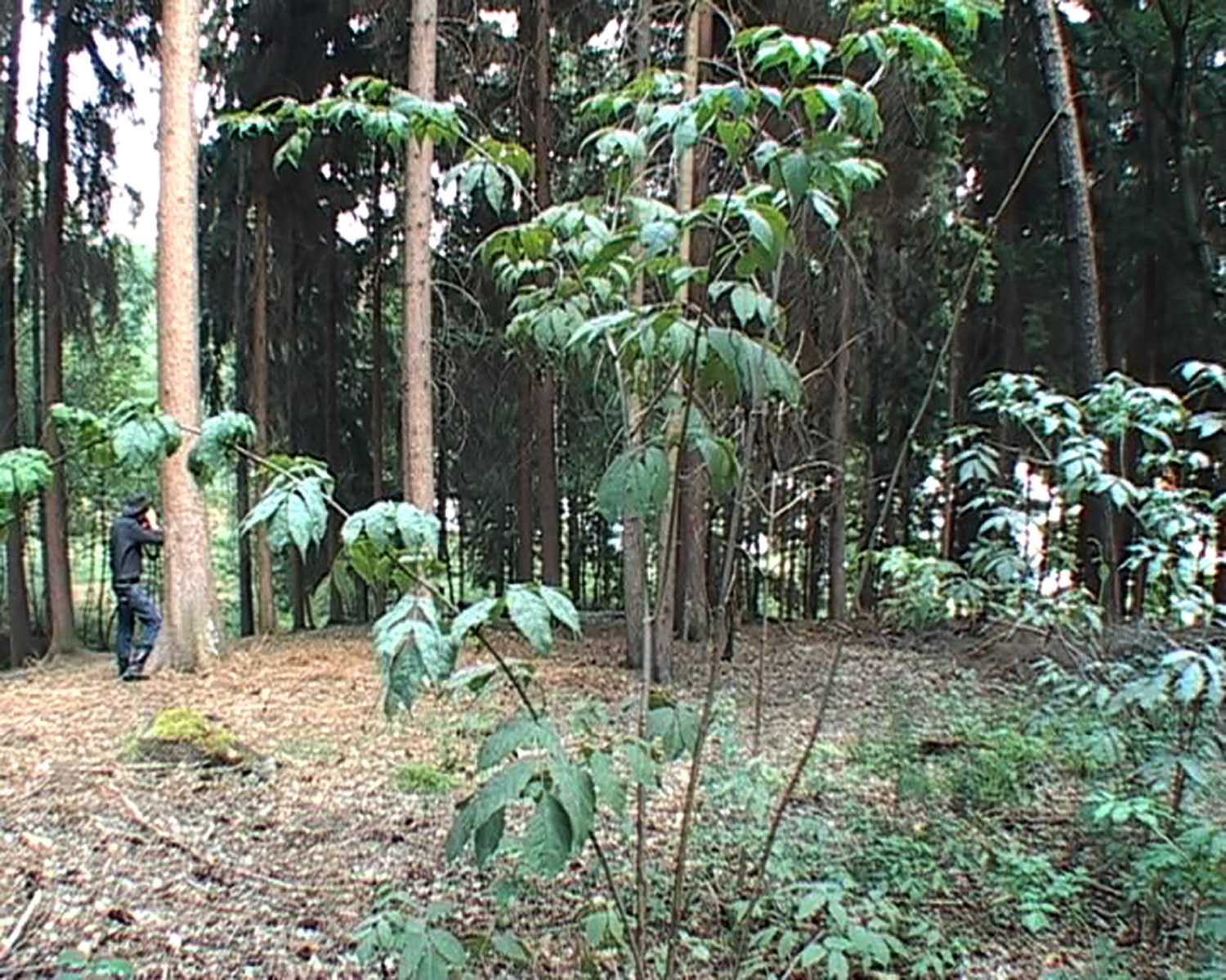 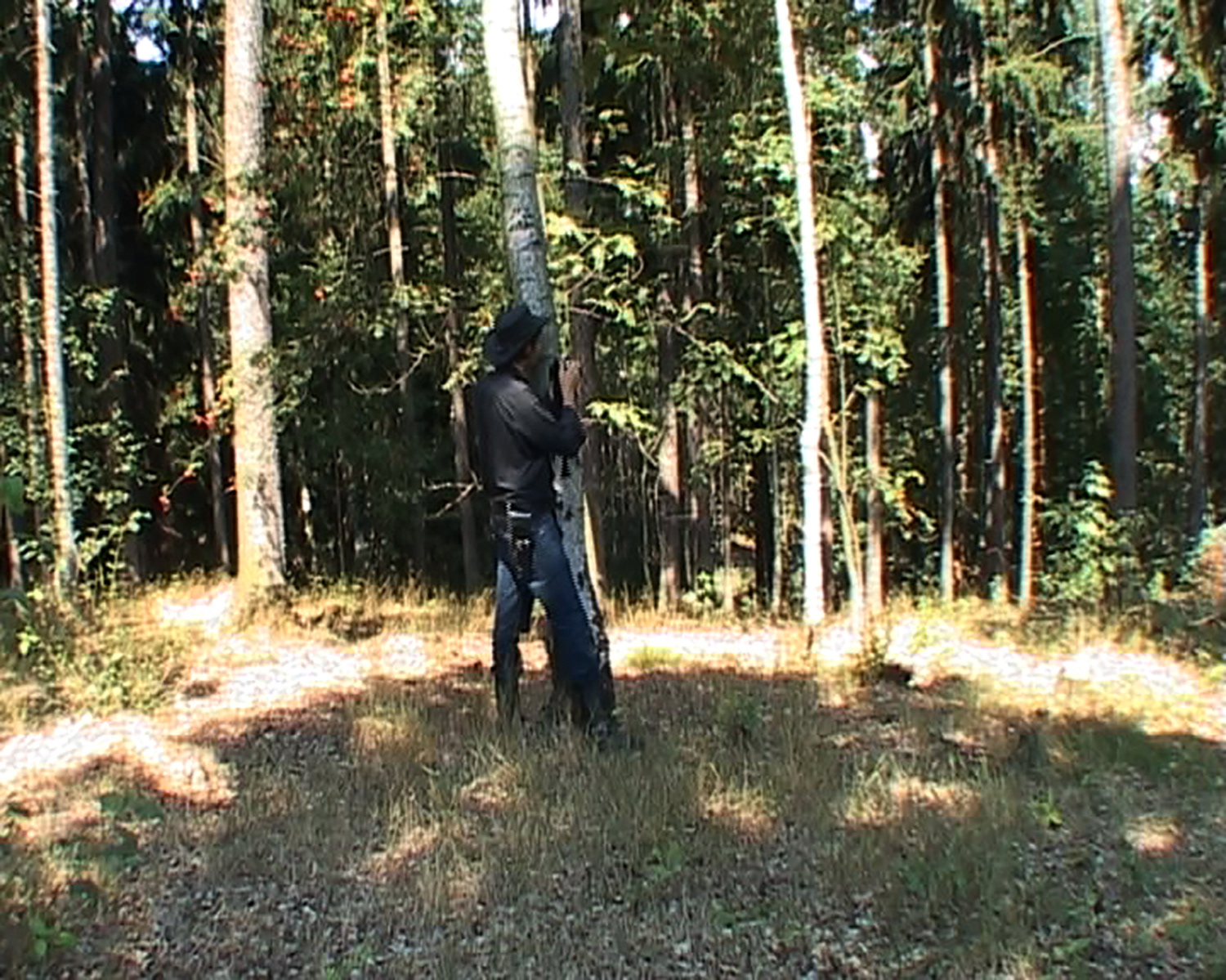 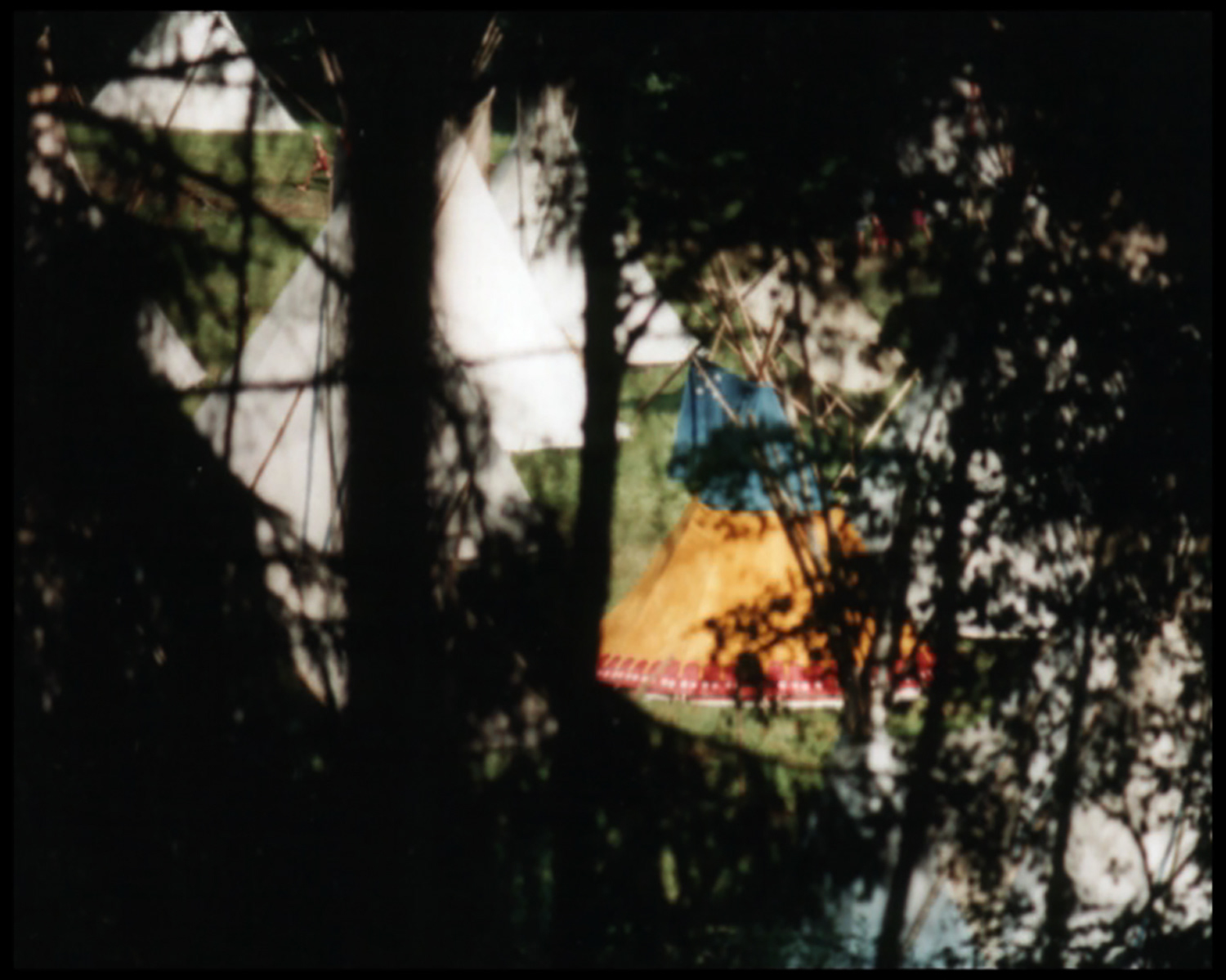 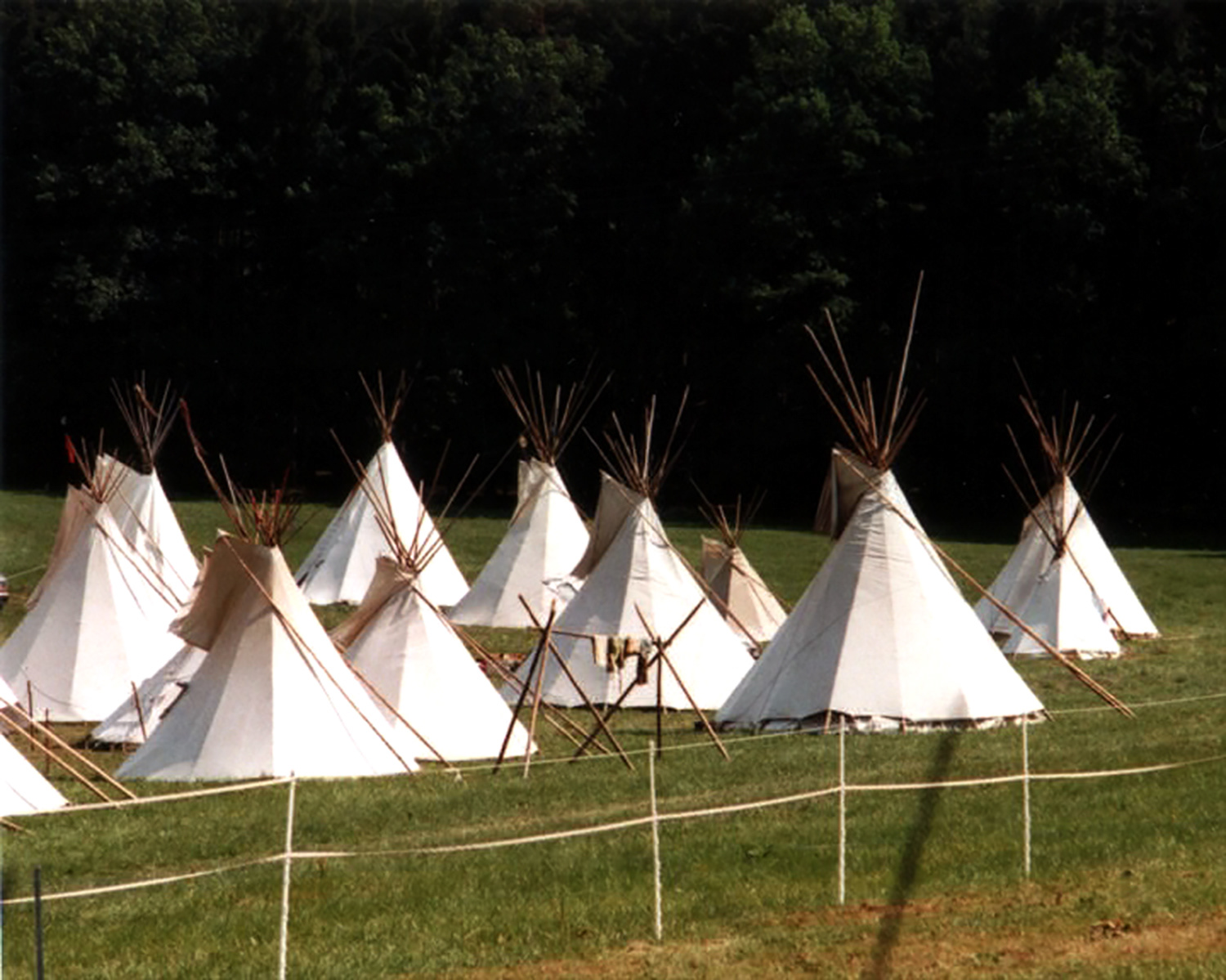 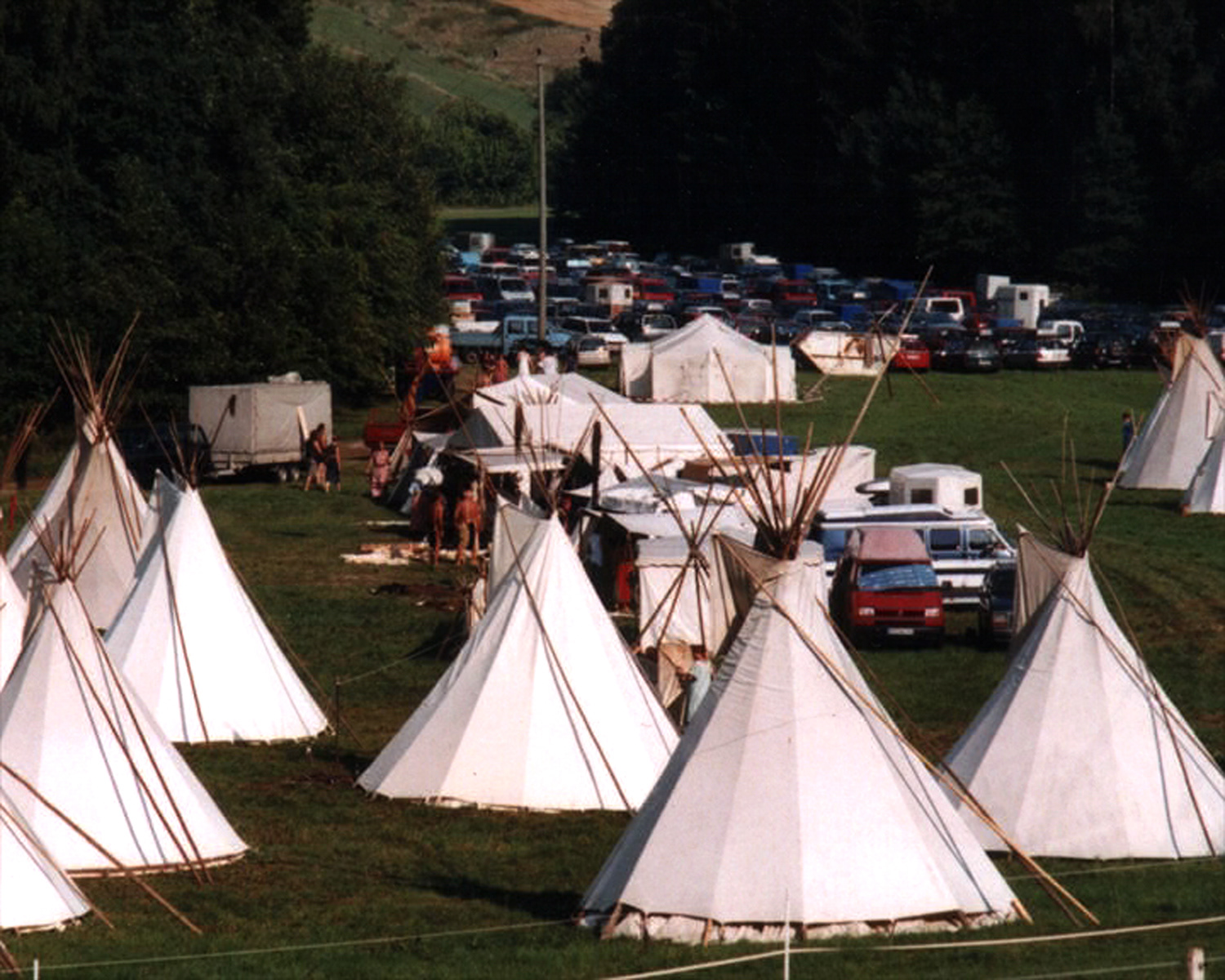 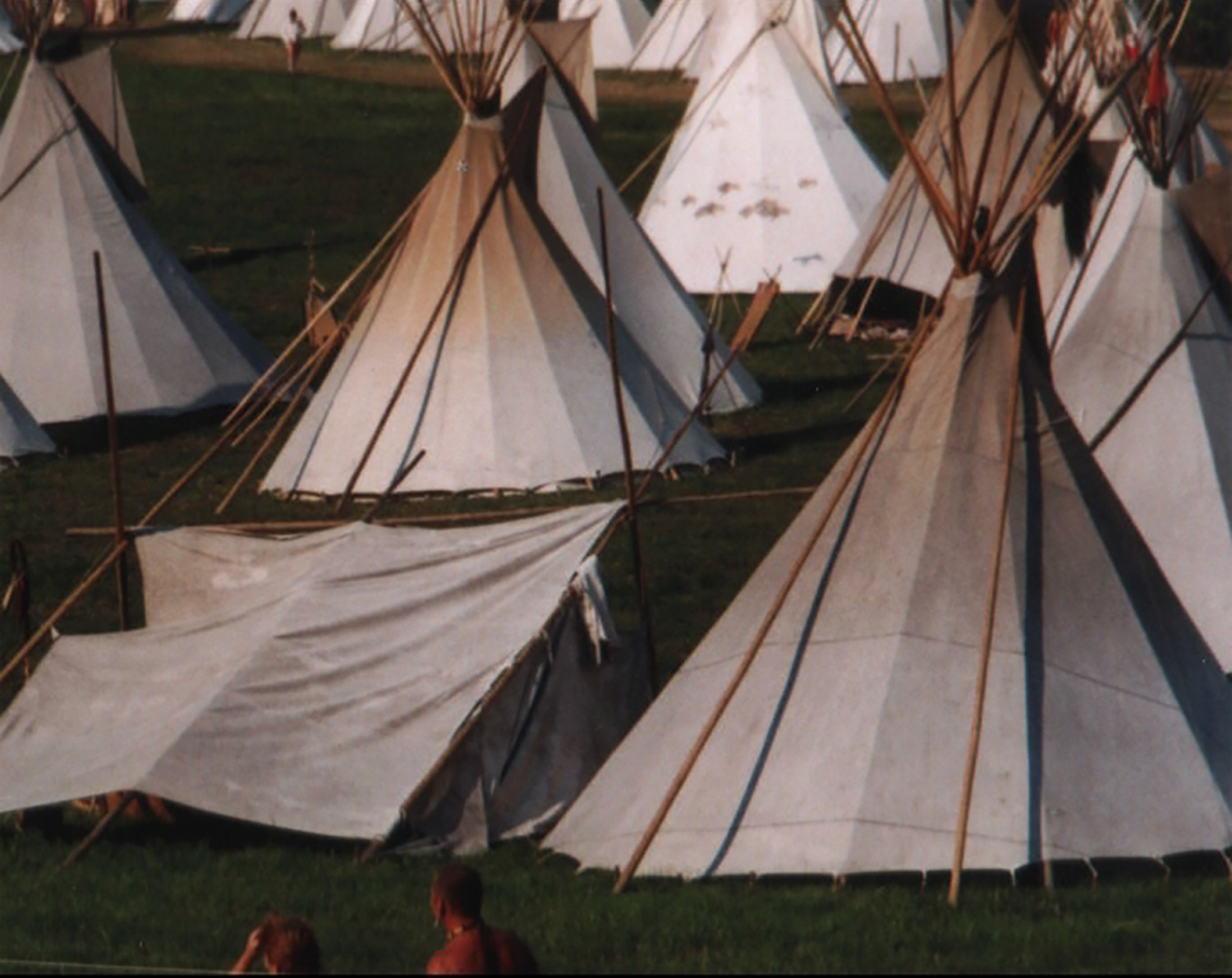 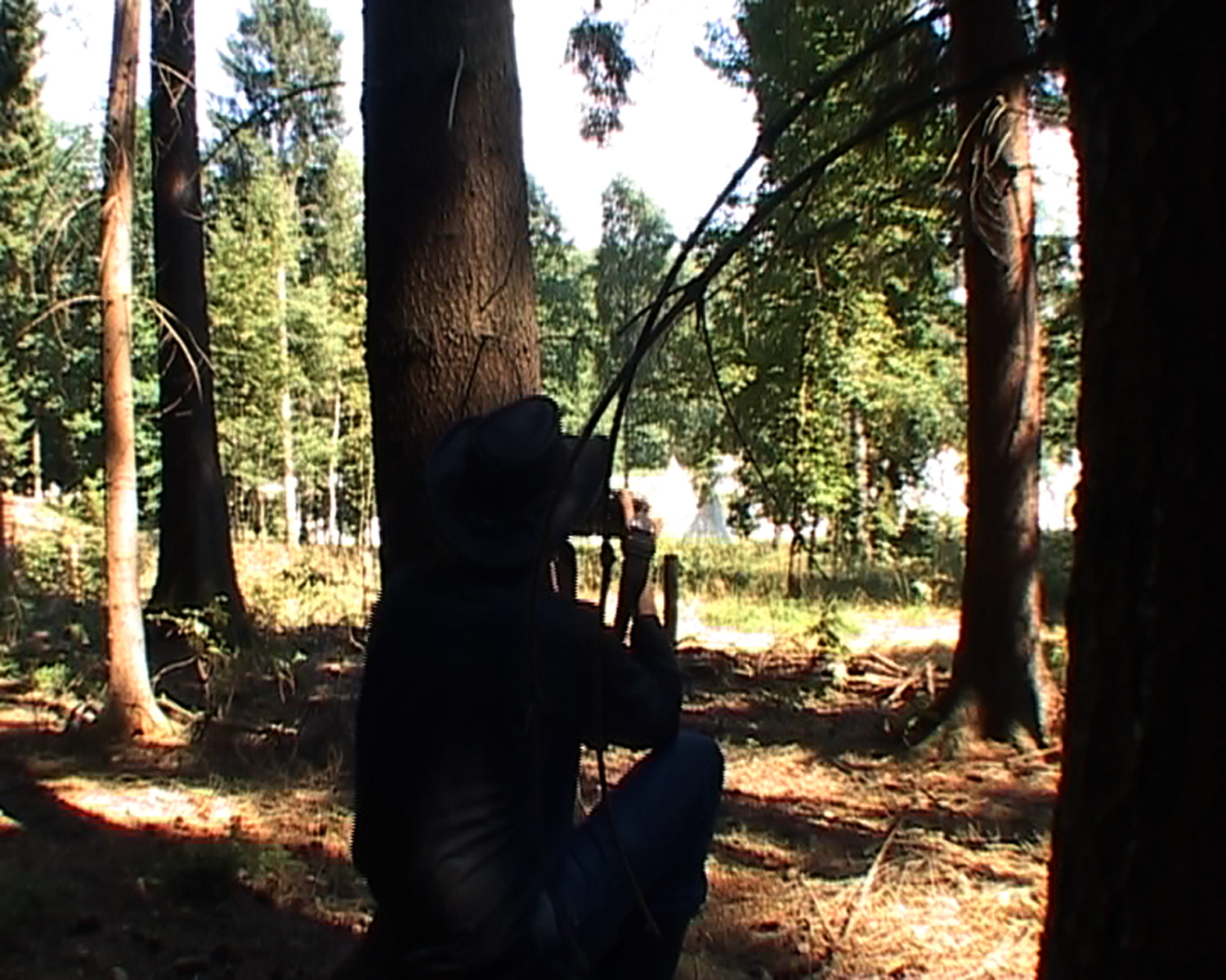 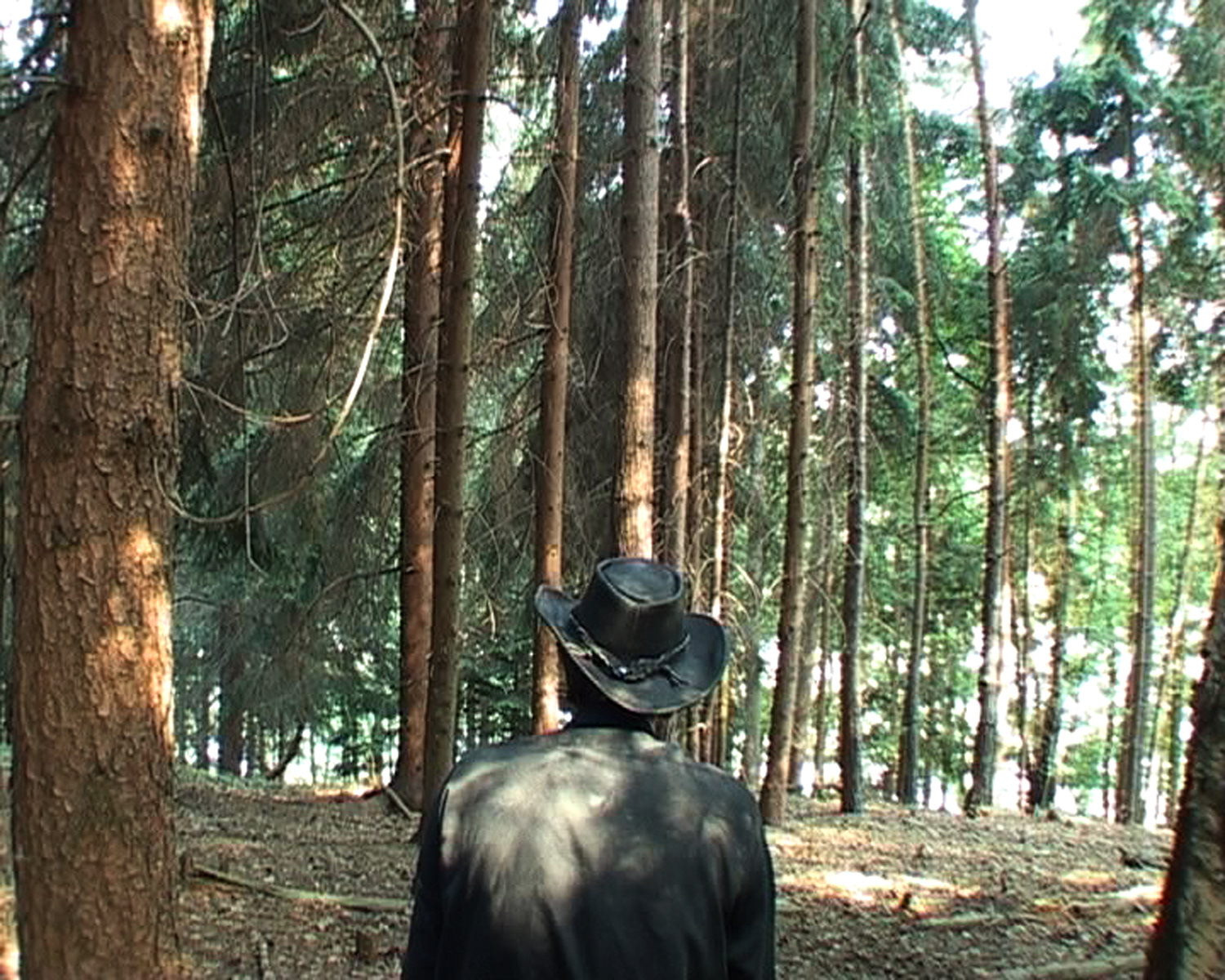 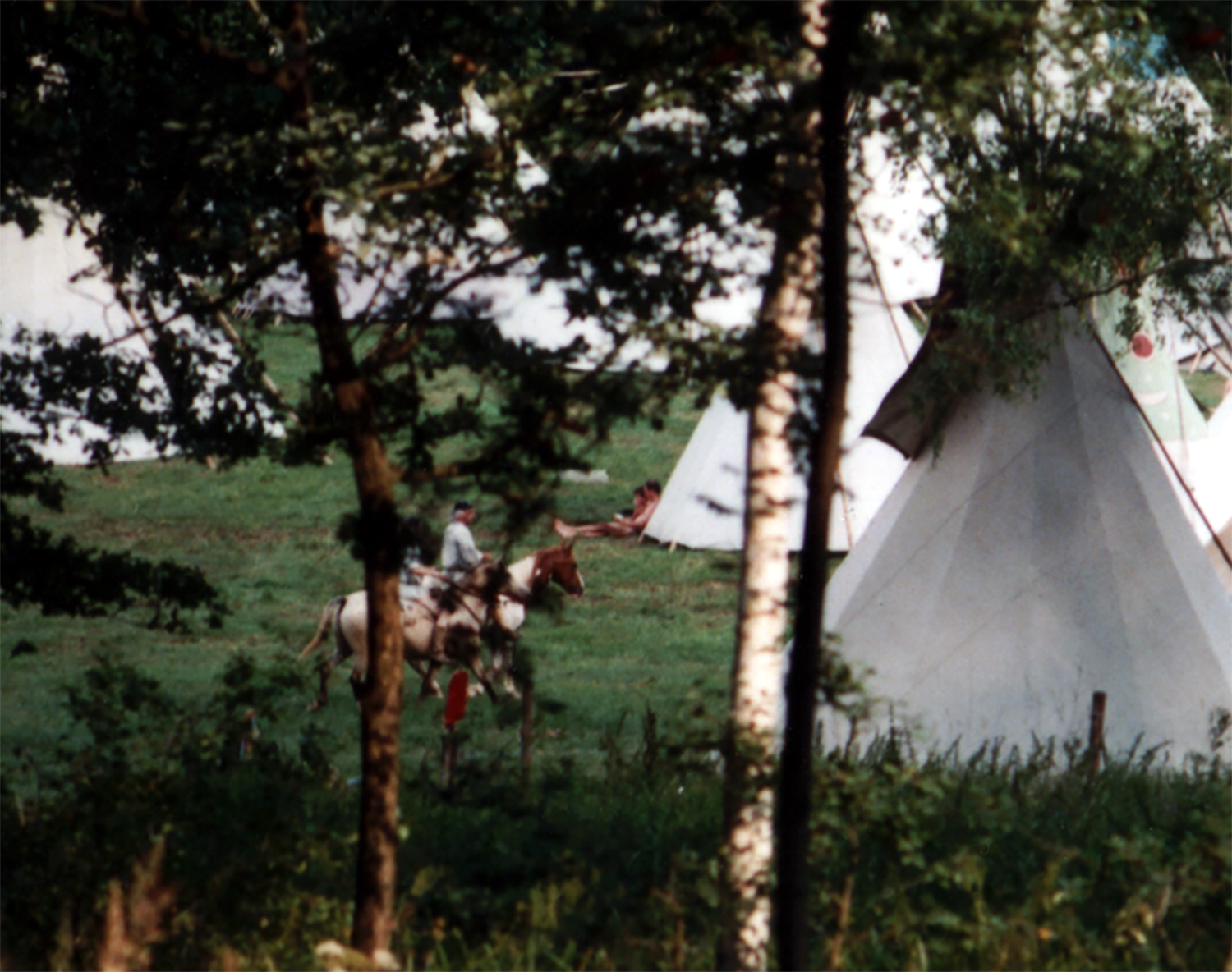 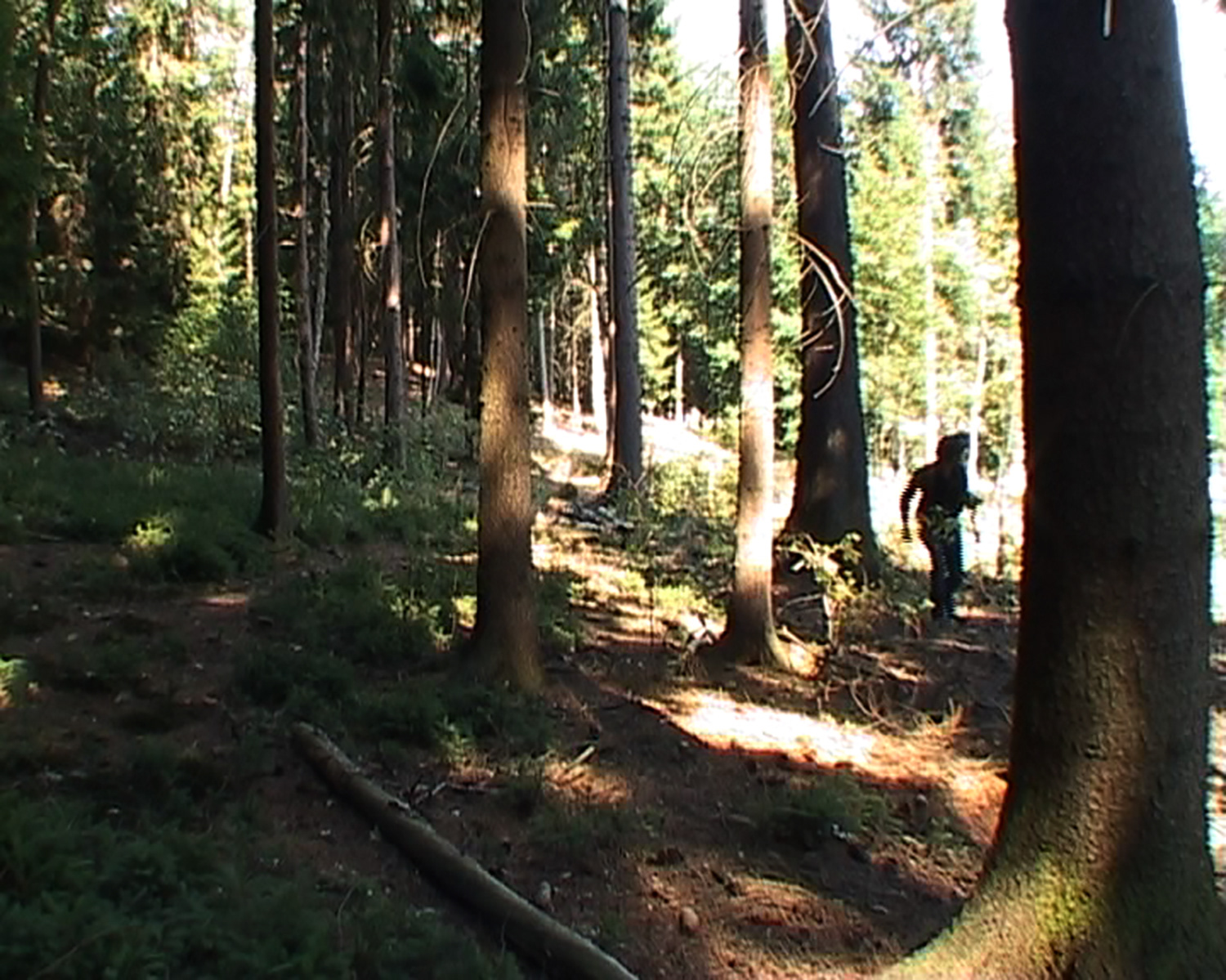